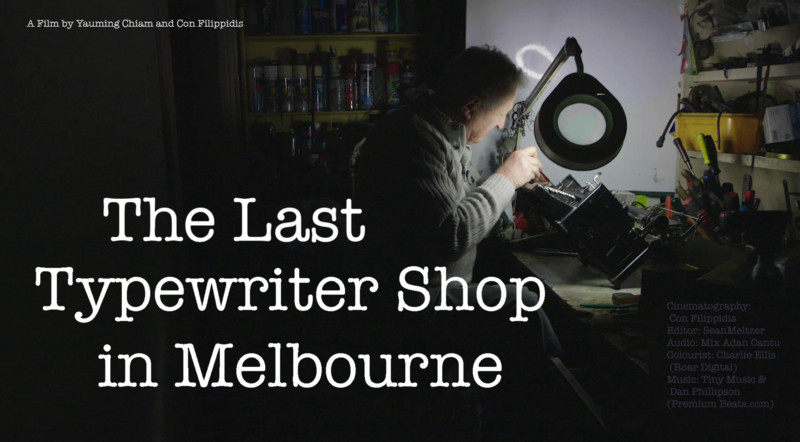 The Last Typewriter Shop in Melbourne

A short (9.25minutes) documentary about Tom Koska who owns the last typewriter shop in Melbourne and possibly Australia. He has been repairing typewriters in the same street in Melbourne since the 1960s. He's a remarkable individual, resolute in his determination to keep the sunset trade alive. The film was shot in 4K; a 4K version 13 gig is available.

Melbourne Documentary Film Festival Has Been Featured In

Short Documentaries Featured at the Festival Picked Up By